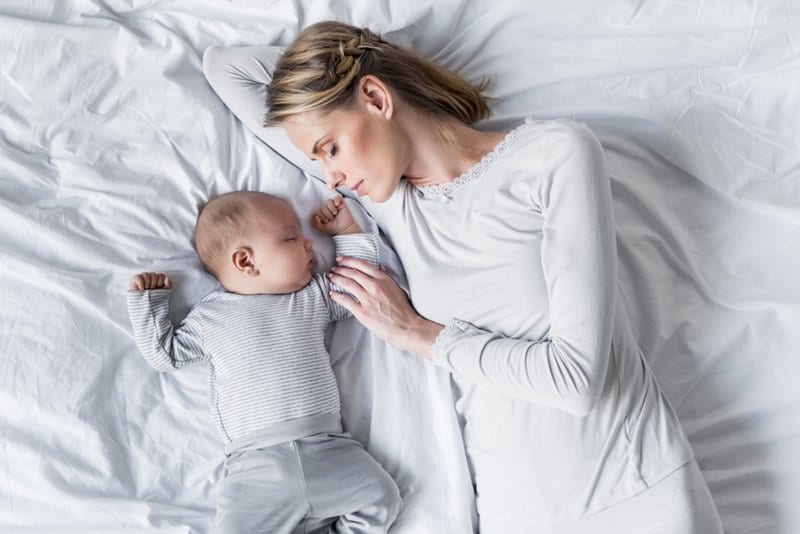 The science is pretty clear: when possible, breastfeeding provides optimal nutrition for babies and an unparalleled bonding experience for mothers and infants. But so often, a tiny piece of tissue in baby’s mouth can cause big problems for breastfeeding, resulting in stress and frustration for mom and baby. You may be surprised to learn that your pediatric dentist can often help resolve breastfeeding issues with a simple procedure called a frenectomy.

What Is a Frenectomy and When Is It Necessary?

A frenectomy is a procedure that removes a tiny piece of tissue in the mouth called the frenum. There are two areas of the mouth where frenectomies are performed– under the tongue and above the upper gums. When the frenum is too tight or short, it can cause problems with lip, tongue and jaw movement and cause feeding problems.

A frenectomy is often recommended when the lingual frenum that connects the tongue to the bottom of the mouth is too tight or short. This is commonly called a tongue tie. When a baby is born with a short lingual frenum, he can’t touch his tongue to the roof of his mouth, which can lead to problems sucking and swallowing that make breastfeeding particularly challenging.

A lip tie happens when the labial frenum that attaches the upper lip to the upper gums is too short or tight. This can also cause problems with breastfeeding, but most of the cases where a frenectomy is recommended in babies involve a tongue tie.

Do Frenectomies Help with Breastfeeding?

Tongue ties have been shown to interfere with breastfeeding, leading to fussy, hungry babies and frustrated moms. Nursing requires more effort on baby’s part than drinking from a bottle so tongue ties tend to cause more problems for breastfed babies.

According to a 2015 study published by the National Institutes of Health, some of the problems associated with a tongue tie are ineffective latching, inadequate milk transfer and nipple pain for mom. Some of the signs of an infant tongue tie include:

Babies are often fussy and need to be fed more often, leading to frustration and nipple pain for moms. However, the NIH study showed that babies who underwent frenectomies showed improved sucking and shorter pauses between sucking, and mothers also reported feeling better. Frenectomies have been shown to improve baby’s ability to latch, improved sucking and fewer pauses between sucks so they get more nutrition out of each feeding. This means less discomfort and less stress for moms.

Some of our patients initially express concern about performing a frenectomy on an infant. But it’s important to know that the risk is minimal and results are virtually immediate. And the health benefits for mother and baby can be huge. As in the case of circumcision, a frenectomy is usually a much simpler procedure to complete on an infant than later in childhood or during adolescence.

Frenectomies in pediatric dentistry practices are increasingly common thanks to the advent of laser technology. Using a laser treatment, your pediatric dentist can treat infants without anesthesia right in the office. The laser essentially vaporizes the tissue of the frenum so there’s no cut, no blood and no stitches. Babies are usually able to breastfeed right after the procedure.

What Are Some Other Strategies for Helping with Breastfeeding?

At NOVA Pediatric Dentistry & Orthodontics, we offer a whole child approach to caring for your child’s oral health. This can start in infancy, if needed. One of the approaches that many of our patients have successfully used in conjunction with a frenectomy is Cranial Sacral Therapy.

CST is a form of bodywork that uses a gentle touch to release the joints of the skull, spine and pelvis. It’s increasingly used on infants, especially after birth-related challenges or other developmental issues. One therapist calls her work on infants “unwinding the babies,” and this can also apply to babies’ jaws. For babies who have had problems breastfeeding because of a tongue tie, CST can help reset the muscles of their head and jaw, helping them move their tongue and lips and to relax after struggling to feed in their first days of life. It’s an excellent way to reset the breastfeeding experience for mother and baby after the initial challenges related to a tongue tie. Our office can recommend experienced and caring CST practitioners to help with the breastfeeding journey.

Dr. Valerie Woo is recommended by lactation consultants around the region for infant frenectomies and routinely performs them right in our office. The procedure takes only a few minutes–risk is minimal, and recovery time is short–a couple of days at most. We love seeing the visible relief on a mom’s face as she is able to easily breastfeed her baby and begin an unparalleled bonding experience without the stress and frustration a tongue tie can cause. We encourage breastfeeding moms with any questions about the procedure to reach out to our office.